Glow in the dark organisms

Many organisms can produce light in a process called bioluminescence. Examples are fireflies, algae, bacteria, mushrooms and fish. The light is generated by an enzymatic (chemical) reaction and can have a number of different functions, depending on the organism. For example: attracting mates, attracting prey, or even as a kind of burglar alarm.

Some marine algae will glow briefly when they are disturbed, for example by waves or by a passing fish. This can result in an amazing light display, such as seen in this video (and many others) on YouTube: 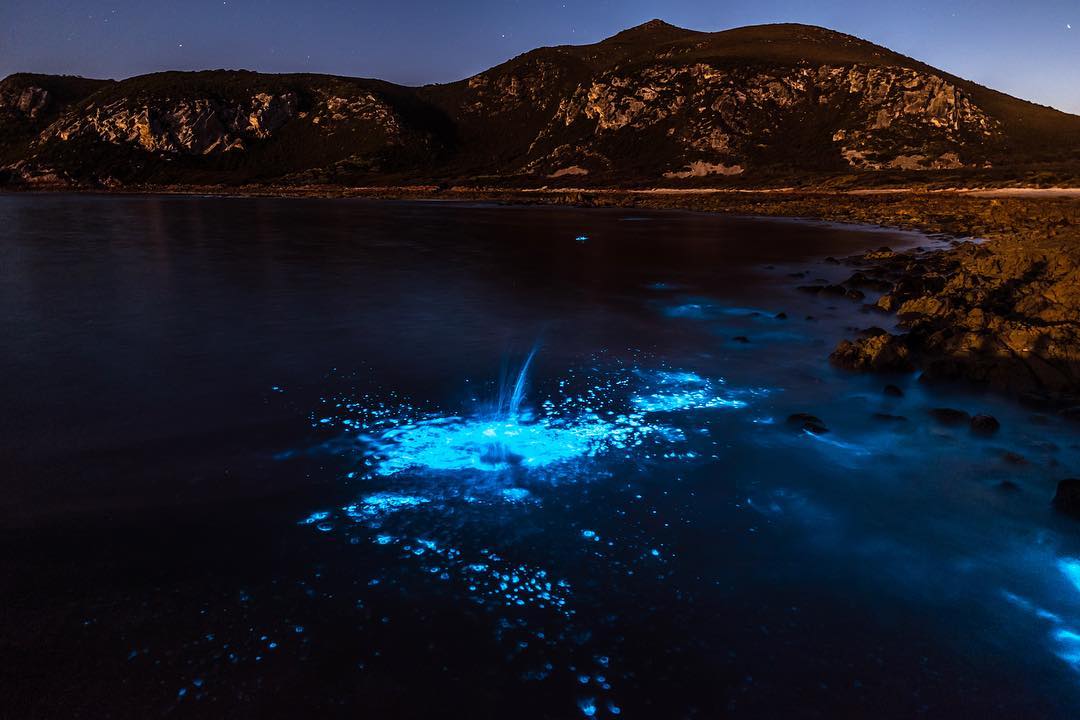 The reason they glow when disturbed is not exactly known, but it could function as a kind of burglar alarm. For example, when small shrimp feed on the algae, the disturbance will cause them to glow. This light may attract bigger predators that chase the shrimp away, after which the algae are safe again.

These marine algae are called Dinoflagellates. Although they are single-celled organisms, you can still see them with the naked eye: they can grow up about 0.5 mm. Just like plants, they get their energy from the sun using photosynthesis. The Dinoflagellates that are sold in this web store belong to the species Pyrocystis lunula. This species occurs naturally in Europe, for example in the North Sea. When you order algae from this web store you will receive a bottle with algae in liquid medium. At night, the bottle will light up bright blue whenever you shake it. Something like this:

Video. The algae grow in liquid medium and at night they will glow when you shake them.

Not all bioluminescent organisms can be easily kept at home, but bioluminescent algae are an exception. All they require is light and (in the long term) an occasional addition of new nutrients. They are fun to look at, but you can also experiment with them. For example, what time of night are they at their brightest? What is the effect of light intensity/duration on the level of bioluminescence observed during the following night? What effect does changing the day-night rhythm have on the bioluminescence? Can algae get a jetlag?